On January 17, 1995, the Hanshin and Awaji region, in which the city of Kobe (pop. 1.5 million) is located, was hit by a great earthquake. The Great Hanshin-Awaji Earthquake claimed the lives of over 6,400 people and caused serious economic damage estimated at 9,926.8 billion yen. But even while experiencing difficulty accessing just the bare necessities, residents in the stricken region renewed their awareness of the special role that cultural and artistic events had played in their lives.
Now a decade later, the Hyogo Performing Arts Center has opened as a symbol of the psychological and cultural rebirth of the region. The Center will be a new hub of artistic and cultural activities, with its three state-of-the-art halls-the Grand Hall (2,001 seats), the Theater (800 seats), and the Recital Hall (417 seats)-capable of accommodating concerts, operas, ballets, plays and various other performing arts events. The internationally known conductor Yutaka Sado serve as the Artistic Director and the Artistic Advisor, respectively. Concurrently with the opening of the Center, the Hyogo Performing Arts Center Orchestra, an ensemble of young, brilliant professional musicians selected by Mr. Sado through competitive worldwide auditions, was established. His intent is to create an international orchestra with the “freshest” talents in the world.
By organizing various programs, offering its facilities to the public, and presenting a wide range of cultural activities, the Hyogo Performing Arts Center aspires to expand the network of artistic interactions and creative activities within Japan and throughout the world.

The logo of the Hyogo Performing Arts Center represents “Rebirth,” “Liveliness,” and “Creativity.” The design, which can be viewed from any angle, embodies the hope that the Center will serve as a venue for community members to enjoy interactions and communications and will make a comprehensive contribution to the increased liveliness of the region and its residents through artistic and cultural events.

Programs produced by the Artistic Director

Programs produced by the Artistic Director

With Yutaka Sado, a world-famous conductor, as Artistic Director as Artistic Advisor, the Hyogo Performing Arts Center is intended to serve as a community center where creative activities are pursued in cooperation with local residents. Mr. Sado, who is in charge of the musical events, will plan and organize enjoyable concerts and familiar opera performances to provide people of all ages with opportunities to experience and interact with all types of music. Under the leadership of Mr. Sado, the Center will serve as an international hub of performing arts activities. 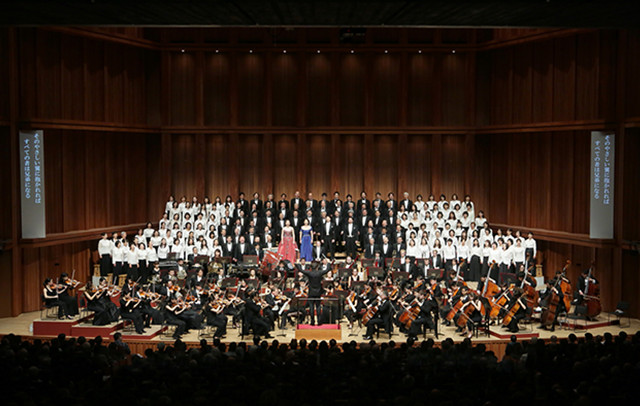 The Hyogo Performing Arts Center engages in promotional and educational activities and aims to be the ideal venue for many people to appreciate the value of the performing arts and to enjoy personal interactions through cultural and artistic activities. For people who think concerts are too formal and feel somewhat awkward about attending them, the Center regularly provides one-hour “one-coin” concerts at the price of ¥500 and other low-price events to encourage more people to enjoy music casually. To help audiences deepen their understanding of specific musical pieces and artists, the Center also organizes talk sessions and lectures combined with concerts, as well as workshops, back-stage tours, and various other participatory programs. 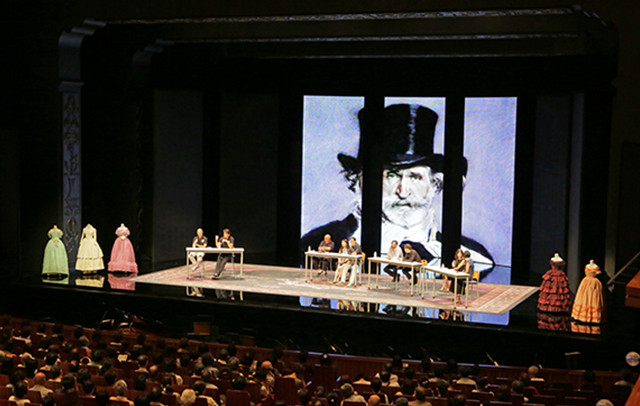